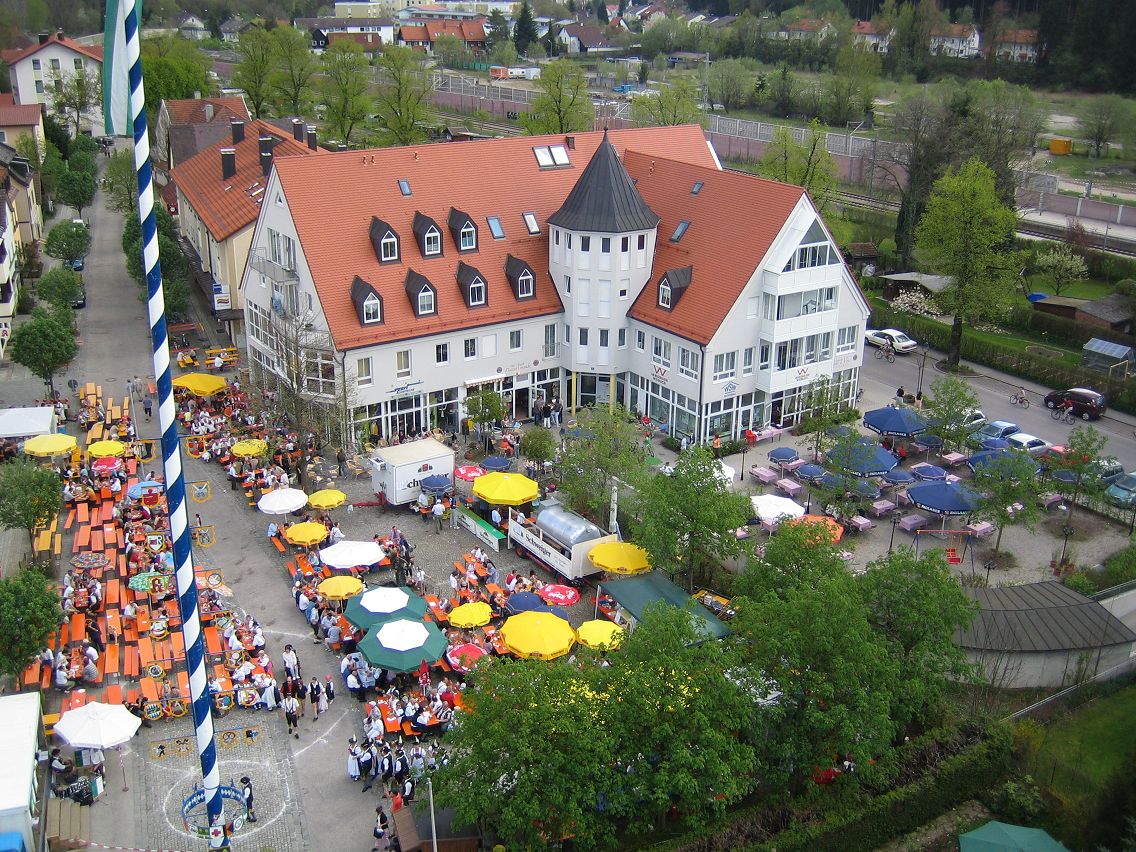 Description of the coat of arms of Markt Kirchseeon

By a letter dated 11 February 1957 the municipality of Kirchseeon received the permission of the state ministry of the interior to have the following coat of arms:

The draft for the coat of arms was created by Mr. Wetz, an artist from Munich.

In the town’s coat of arms we can see a silver nun’s butterfly in a green field between two rooted golden conifers. So far the butterfly (forestal pest), indicating the natural disaster of 1889, is a unique symbol in the Bavarian heraldry. The conifers hint at the location of Kirchseeon next to the biggest closed forest area in Germany, the Ebersberger Forst.

200 years ago, the area around today’s centre of Kirchseeon was still covered with thick forest.

When the construction of the Royal Bavarian Railway was decided in 1868, a factory producing the needed railway sleepers was built in the so called “woodland” between Eglharting and Kirchseeon Dorf.

The train station was already built in 1870 together with the first houses and pubs. Then 20 years later most of the large woodland fell victim to the nun’s butterflies.

The House of the Bavarian History at the State Ministry of Science, Research and Art started a project about the coat of arms. On the web page www.gemeinden.hdbg.de you can find pictures, showing historic and today’s use of local coats of arms. You can also send digital pictures there.